Dead Island: Riptide was first announced in June 2012 [1]. Despite being the sequel to Dead Island, Deep Silver's Aubrey Norris had said that it's not "Dead Island 2," hinting that there may be future plans for the series [2].

The game includes new zombie mutations, a dynamic weather system which can alternate between sunny and rainy conditions, and new "hub defense" missions. [3]

The game's story picks up right where the initial Dead Island left off, with the survivors landing on a military ship after their flight from Banoi. However, they are kept imprisoned inside the ship and experimented on individually. The characters thought that they had escaped the terrors of Banoi and survived the approaching apocalypse, but their fate takes a turn for the worst. After you meet the new character John Morgan, you have to fight through the boat but the only problem is that you lose all weapons, ammo and blueprints.

The virus then spreads throughout the carrier and the nightmare begins anew. With the crew wiped out by the infection, the Heroes escape their quarters. A shipwreck follows soon after. The survivors find themselves on the island of Palanai, located in the Banoi archipelago. Palanai has also been struck by the infection, and the island has been overrun with zombies. The survivors are found on the beach by a woman named Harlow Jordan. She instructs them to head to the survivor camp called Paradise.

As they arrive the camp is under attack by Infected and the Heroes must help defend the camp, building debris to stop the infected for a little while. After the attack the main plan is to reach the city of Henderson to contact the Military for Extraction. They head to Halai to see if there are any boats available to take to Henderson but the survivors there tell them that all the ships left long ago. They try the road but it is washed out. The only choice left is to take the underground tunnels that the Japanese built in World War II, but they are flooded. They build a water pump to drain the tunnels but they have to defend the area for the noise attracts the undead.  Once in the tunnels they must fight through undead and living enemies. As they reach the crossing to Henderson they find the station has been taken over by Convicts so with no choice they have to kill them. Once the ferry has been called the Heroes must defend the station, and once the ferry arrives they must engage the Screamer.

They finally arrive in Henderson only to find the city completely overrun with infected. Even the military base fell to the undead hordes. The Heroes secure the old movie theater as a base of operations for the time being. The Heroes check out the base to contact the Army to extract them, but the only response they get is from Frank Serpo, claiming that the colonel is dead and that he is sending a chopper. As the chopper arrives Serpo tries to trick the Heroes into boarding the chopper so he can leave the normal people behind to die. Not falling for it, Colonel Hardy tries to board so he can leave but is shot by a soldier. As a result of this, Logan shoots the chopper down using a Law missile launcher. The chopper crashes at the old fort and the heroes go to see if it is salvageable but the chopper is completely destroyed.

They follow a trail of blood to an injured pilot who tells them that Serpo killed one of the pilots to distract the Infected so he could save his own life. After that they find Serpo who tells them that Harlow is a terrorist who was planning on selling the Virus to make "a shit load of money" and that she is in the quarantine zone at the docks. The Heroes break open the quarantine zone gates and rush to the docks where they find all the human survivors dead and Harlow ranting.  She says the government unleashed the virus on Palanai to test the lethality of the new bio-weapon they planned on using, and that the immune could never leave or the whole world would end up like the Banoi and Palanai islands.

Harlow injects herself with the mutagen and fights them. The heroes then take a dose of the mutagen to defeat Harlow. After the fight they find a boat and prepare to leave when Frank enters the room. He pleads for the immune to come with him saying he could cure them from the mutagen. Instead, they leave him to his fate and he is mauled and killed by Infected. As the boat is leaving it is shown that the hospital camp and movie theater have been overrun by Infected. A Ram busts through the security shutters 6 days later, and a similar boat is seen docking at an unknown island as news reports are saying that Palanai and Banoi are returning to normal. As inhabitants approach the arrived boat, retching and gurgling sounds of zombies can be heard inside the boat, leaving you curious about the current status of our heros.

The game's pricing was $49.99 at launch. Deep Silver has tried to put to bed some of the rumors that have already emerged due to the pricing of the game. They confirmed that "it is a new game, not a remake." This was followed by an explanation for the low price tag: "That's not a placeholder, that's the real price! It's the end of a console cycle — we think this price makes a lot more sense." It now sells for $20.00 at most retailers in-store and online. 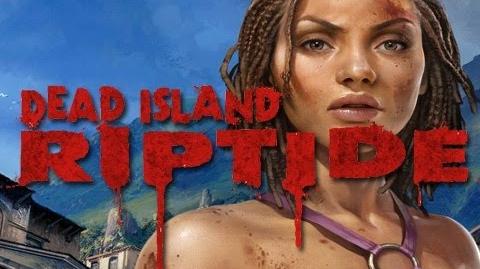 Part of a poster shown at the GamesCom 2012 event

Another part of the poster shown at GamesCom 2012

A ship wreckage near Henderson

The city of Henderson

Add a photo to this gallery

Retrieved from "https://deadisland.fandom.com/wiki/Dead_Island:_Riptide?oldid=82151"
Community content is available under CC-BY-SA unless otherwise noted.