Banoi Island, just off the coast of Papua New Guinea, is a wild and untamed paradise, virtually untouched by modern civilization. From the lush rain forests to the mountain highlands to the white sandy beaches, Banoi is considered the pearl in the necklace of the Oceania Archipelago. For many, it is Heaven on Earth — a place of peace and pristine beauty where travellers can leave the worries and cares of the world behind.

It also acts as the main setting for Dead Island.

The island of Banoi is located just off the coast of Papua New Guinea, located south of the Equator and just north of Australia. It is the largest of the islands in the Banoi Archipelago.

Until very recently, much of the island was wild and primitive and totally untouched by the modern world. Even though the capital Moresby was founded by Australian settlers in 1895, many places deep in the interior still have never been seen by western eyes.

It is the location of the popular Royal Palms Resort as well as many other hotels and settlements.

The inhabitants are proud of their rich cultural heritage. The indigenous art is world renowned and unbelievably varied, reflecting the many local tribes with their own myths, legends and language.

The island itself is however somewhat based upon the Kukuila area in Hawaii, as up until recently it has been relatively empty and almost deserted. 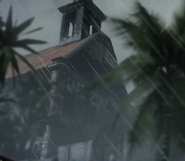 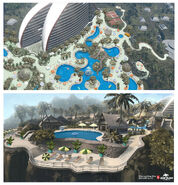